Bill Eadie aka Demolition Ax aka The Masked Superstar Ailing 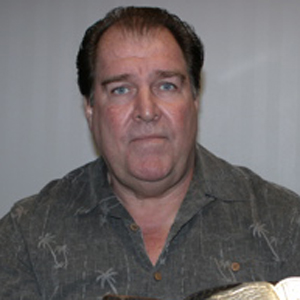 A couple of pro wrestling legends have sent along news that Bill Eadie is having some sort of heart related issue caused by the COVID-19 vaccine. They are asking for his fans to keep him in their prayers.

Eadie retired from pro wrestling in 2017. He wrestled under many names and gimmicks throughout his career. He was Bolo Mongol in Detroit’s Big Time Wrestling, the WWWF, and the IWA. He would become famous as The Masked Superstar in Georgia and the WWF winning the Georgia Heavyweight Title four times and feuding with the likes of Mr. Wrestling II and Wahoo McDaniel. In 1986, he appeared in the WWF as one of the masked “Machines” to join The Giant Machine (aka Andre the Giant) in his feud against The Heenan Family. He would be repackaged as Demolition Ax in 1987 and paired with Demolition Smash (first Randy Colley and then Barry Darsow) as the WWF’s answer to The Road Warriors in the NWA. Demolition would go on to win the WWF Tag Team Titles three times.