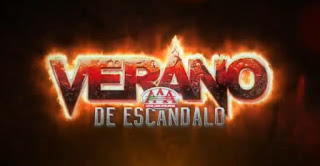 Mr. Iguana and a few others were shown knocked out backstage by someone unknown.

Deonna Purrazzo beat Lady Shani by arm bar submission. After the match, Purrazzo wouldn’t let go of the hold and Faby Apache made the save.

Puma King, Diamate Azul, and four unknown men wearing Lucha masks came to the ring to declare a hostile takeover of AAA. Their hands were bloody and were revealed as the mystery attackers from earlier in the show.

AAA World Trios Champions Taurus, Texano Jr., and Rey Escorpion beat Psycho Clown, Murder Clown, and Monster Clown when Escorpion pinned Pyscho by driving him into a table covered with tacks. After the match, the rudos continued to attack and ripped of Pyscho’s mask.