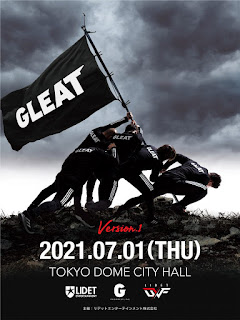 The rest of the show will then be all LIDET UWF matches. LIDET UWF is in the tradition of the old 1990s UWFI “shoot style wrestling” promotion with a point system and knockout and submission rules.

Chihiro Hashimoto beat Maya Fukuda by ankle lock submission. It was the shortest bout on the show so far and Hashimoto looked dominant. She came out with the Sendai Girls World Title.