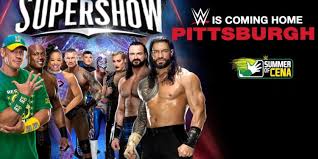 This is the first house show since March 2020 because of the ongoing virus pandemic.

Drew McIntyre pinned Sheamus in an Open Challenge non-US Title Match after the Claymore. Jindar Mahal attacked McIntyre before and after the match. He ended up getting a Claymore in the end.

WWE Champion Bobby Lashley beat Kofi Kingston in what was supposed to be a handicap match with Xavier Woods tagging with Kingston. Woods was laid out in the back and could not compete.

Riddle pinned AJ Styles after an RKO. Omos was at ringside with Styles but ended up being ejected by the referee for trying to get involved in the match.

Nikki A.S.H. won a Triple Threat over Charlotte Flair and Rhea Ripley by pinning Flair as Flair had Ripley in the Figure Eight.

Thanks to Kevin Lodge for the results.