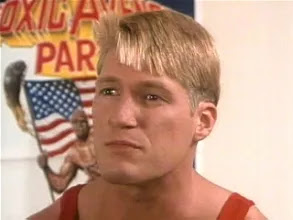 W.W.D. has been informed by a source close with Troma Studios that Brick Bronsky has passed away at age 57 due to complications from COVID-19. He had chronic underlying health issues and was in a coma over the weekend.

Bronsky worked for Stampede Wrestling in the late 1980s. In 1988, he got into the infamous backstage fight with Brian Pillman after months of tension with Pillman and Bruce Hart. The British Bulldogs appeared at the show unannounced while they were working for the WWF. They backed Bronsky up over the situation because they had heat with Pillman too. A few members of the locker room didn’t like Pillman’s brash attitude and his harsh training methods. Basically, Pillman felt pro wrestlers should have the same level of workout as football players did and he would openly embarrass guys who weren’t up to the challenge. Pillman got the better of the fight by trying to take out Bronsky’s eye, then Bronsky bit him and kicked him in the groin. Pillman would move on to JCP|NWA and Bronsky worked other indies before getting into acting. A few months later, The British Bulldogs ironically would depart the WWF after getting into a backstage fight with The Rougeau Brothers after months of locker room tension there.

Bronsky did talent enhancement work at times for the WWF and was offered a contract but he declined because he didn’t like the pro wrestling politics full time. At times he would run indie shows of his own.

In the early 1990s, Bronsky auditioned for Troma Studios and got a part in “Sgt. Kabukiman N.Y.P.D.”. The movie “sat on the shelf” until it was finally released in theaters in 1996. By then all of the jokes and pop culture references were several years outdated. However, Bronsky impressed the studio enough to bring him in as Roger Smith, the lead good guy for the “Classic of Nuke ‘Em High” direct to video sequels. He would become their B-movie action star.

I had the pleasure of speaking to him a few times while working at various comic book and horror conventions over the decades and he would love answering questions about his days in pro wrestling.