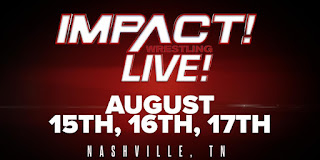 Mickie James cut a promo to hype NWA Empowerrr for a second that will air on 8/26/21. She was attacked by Deonna Purrazzo who will defend the Knockouts Title against Melina at Empowerrr.

Chris Sabin beat Sami Callihan. Moose attacked both guys after but Eddie Edwards made the save.

Thanks to Brian Botco for the notes.