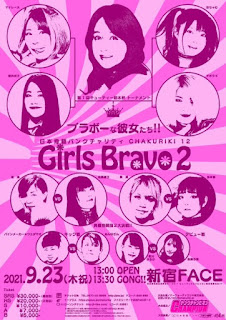 Cutie Suzuki spoke about Rumi Kazama passing away and there was a ten-bell salute.

This was a charity show with proceeds going to bone marrow bank. It should eventually be broadcast on the CHAKURIKI YouTube page for paid subscribers.

Haruka Aikawa beat Anri Shizuki by submission with an arm lock in 5:32. This was Shizuki’s debut match. She is a Japanese pop idol.

Painmaker Mao Ueda went to a draw with Teranishi in an exhibition match after 2 Rounds with two minute time limits.

Masami beat Miyako Matsumoto by TKO referee stoppage in Round 2 of an MMA Rules Match.

Ayako Sato went to a draw with Ami in Round 3 of an MMA Rules Match when they ended up fighting out of the ring in 1:23. Cutie Suzuki is the GM for this show. She said there will be a rematch.

Madeline beat An Chamu with a choke sleeper in the finals of the tournament to win the Cutie Suzuki Cup in 9:27. 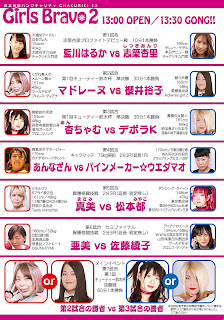