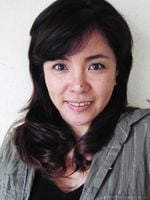 Ladies Legend Pro-Wrestling wrestler and co-founder Rumi Kazama passed away at the age of 55. The exact cause of death is currently unknown, but she Tweeted a few weeks ago that she had been in severe pain from endometriosis. A friend was not able to get in contact with her and did a welfare check out of concern. She was found unconscious in her home and taken to the hospital.

Kazama was a kickboxer in the early 1980s then joined the pro wrestling world in 1986 with Japan Women’s Pro Wrestling at the invitation of Jackie Sato.

In 1992, the JWPW roster split off into two other groups-  LLPW and the JWP Project. LLPW was led by Kazama and Shinobu Kandori with Kazama making history as a female president of a pro wrestling company as well as an active roster member. She won the LLPW Title twice. The company rebranded its name to LLPW-X in the early 2000s and started running rare and sporadic events.

Kazama retired in 2003 but she made a few special match appearances several years after that, including the Plum Mariko Memorial show.

She made high profile appearances in AJW, WAR, and FMW during her career. She won the WWWA Tag Team Titles with Takako Inoue in 2002. She won the AJW Title from Miho Wakizawa in 2001 but relinquished it immediately.

Kazama lost to All Pacific Champion Akira Hokuto at AJW’s Legacy of Queens event in August 1993. The match was given four stars by the Wrestling Observer. The two then had a hair vs. hair match in LLPW in November 1993 which saw Hokuto win again and Kazama lose her hair.

Outside of pro wrestling, Kazama was a singer and actress. She starred in a few TV and movie projects including “Silver- shirubaa” in 1999. Last year, she started her own YouTube channel show where she interviewed Joshi stars of the past and present.