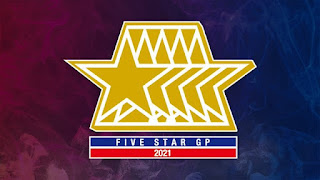 This pay-per-view is $40 USD plus taxes and fees. It will only be available to order and view until 9/28/21 then it moves to STARDOM World.

Hana won a 3-Way Match over Rina and Momo Watanabe by pinning Rina in 9:25. This was a dark match for the ppv but it will be available to see on STARDOM World after 9/28/21.

Mai Sakurai pinned Waka Tsukiyama after a diving elbow off the second rope in 5:24. This was another dark match that will air after 9/28/21.

Stewart Fulton and Cosmic Angels member  Mina Shirakawa (currently Artists of STARDOM Champion with Tam Nakano and Unagi Sayaka) are the English language broadcast team today. Shirakawa is also working the third match on the card today against NatsuPoi which will open the live ppv.

All of the remaining tournament matches and the tournament finals are the ppv card.

Mina Shirakawa beat NatsuPoi by count out by giving her a DDT on the ring apron as they were brawling on the floor and rolling back in the ring to beat the 20-count. This was a Red Block Match and Shirakawa gets 2 points and 6 points overall in the tournament. Time of the match was 7:27. NatsuPoi has 9 points. This match aired for free on YouTube too.

They showed a video package to announce “STARDOM Dream Queendom” on 12/29/21 at Ryogoku Kokugikan.

Fukigen Death pinned Saki Kashima with a roll up for 2 points in a quick briskly worked match in a Red Block Match in 1:52.

Koguma pinned Himeka with a backwards bridging cover in a Red Block Match for 2 points in 7:05.

Mayu Iwatani pinned Starlight Kid for 2 points with a Dragon Suplex in a Red Block Match in 9:16. After the match, Iwatani offered a handshake but Kid slapped her in the face. Iwatani responded by giving her an emotional hug wishing they could still be friends then shoved her away.

Momo Watanabe advances to the tournament finals for the Red Block with 12 points as Mayu Iwatani and Starlight Kid end the tournament tied at 11 points each.

AZM pinned Ruaka with the Azumi Sushi in 3:39 for 2 points in a Blue Block Match. She would have won several seconds earlier but Fukigen Death was at ringside and pulled the referee out of the ring to stop the count. Ruaka finishes the tournament with no wins and 0 points. AZM has 8 points.

Unagi Sayaka pinned Saya Kamitani in a Blue Block Match for 2 points in 11:53 with the Taigi de Atta. Sayaka has 9 points and Kamitani has 11.

Maika pinned Konami after Michinoku Driver for 2 points in a Blue Block Match in 6:11. 9 points for Maika and 10 for Konami.

Syuri went to a 20-minute time limit draw with Takumi Iroha in a Blue Block Match. They get a point each for the draw. Syuri has 12 points and Iroha has 11.

Tam Nakano pinned Utami Hayshishita with the Twilight Dream in 13:55 in a Blue Block Match for 2 points.
Syuri wins the Blue Block and heads to the tournament finals with 12 points as Tam Nakano and Utami Hayshishita finish with 10 points each.
Momo Watanabe was interviewed backstage. She said it’s her time to shine and she will win. She said she doesn’t care if it’s Syuri or anyone else as her opponent.
Backstage, Syuri was shown feeling sore and was using ice packs. She said the finals are finally here and it’s time for her to win it. She admitted that she took a lot of damage in the match with Iroha. Giulia was with her and helping her with the ice packs. Giulia has been out of action for a couple of weeks with a neck injury and she had to pull out of the tournament because of it.
Syuri pinned Momo Watanabe with flame finisher in 18:36 to win the STARDOM 5-STAR Grand Prix 2021 Tournament.
Syuri gave a victory speech. She thanked her Donna del Mondo team mates who were at ringside and her fans. She said this is a huge accomplishment in her pro wrestling career. She said she wants to challenge Utami Hayshishita for the World of STARDOM Title on 12/29/21.
All of a sudden Takumi Iroha and Utami Hayshishita rushed in the ring. Iroha thanked everyone for welcoming her in the tournament from Marvelous. She said Syuri was talking about 12/29/21 but there is still the big 10/9/21 show in Osaka to come. She said she wants to challenge Hayshishita on 10/9/21 for the title. Hayshishita agreed.
Syuri was upset that they were taking away her tournament winning moment but said she will wait for the winner of their match and face the person on 12/29/21.
Tam Nakano then came in the ring. She said she needs a challenger for the Wonder of STARDOM Title and she wants Mayu Iwatani. Iwatani came out and said if she had won the tournament she wanted a Wonder Title shot anyway. That match will happen on 10/9/21.
Syuri finally got the mic back and said she will face Konami on 10/9/21 to close the segment.
STARDOM executive producer Rossy Ogawa presented Starlight Kid, Unagi Sayaka, Maya Iwatani, Takumi Iroha, Momo Watanabe and Giulia with achievement award trophies in the ring. He then gave the ceremonial crown, robe and tournament trophy to Syuri.
Syuri posed in the ring with the trophy for photo ops as confetti fell. She went to the stage and fireworks went off to close the show.