Classic Voice Of USA Network And The Late Show Passes Away 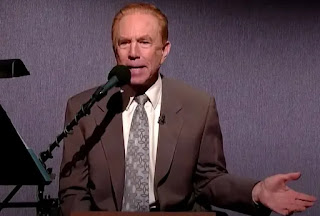 Legendary TV voiceover announcer Alan Kalter died of causes not publicly revealed at the age of 78 on 10/4/21 in Stamford, Connecticut.

Pro wrestling fans and horror movie fans will remember Kalter’s voice surrounding all of the programming on the USA Network from the 1980s to the mid-1990s. His bumper promos helped promote WWF Prime Time Wrestling, WWF All-American Wrestling, and the early years of WWF Monday Night Raw. Each weekend he was the intro for “Commander USA’s Groovy Movies” and “Saturday Nightmares”.

In 1995, Kalter would join “The Late Show with David Letterman” on CBS as the announcer and occasional rowdy comedy sidekick featured in various skits over the decades. He stayed with the show until Letterman stepped down as its host in 2015.