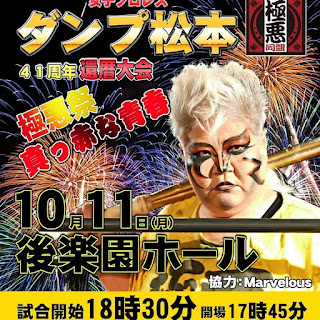 Pretty Ohta won a 3-Way rematch over Panda Chan and Mr. Buddhaman by once again getting the fall on Panda Chan in 3:55.

Hirota was dressed up like the 1980s style Bull Nakano and the real Nakano was at the show watching on. Hirota shared a picture of them together on social media after the show. 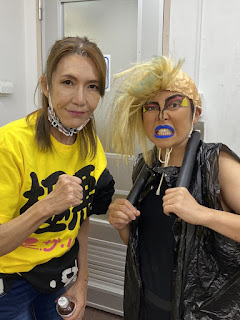 Dump Matsumoto made her debut in AJW back in 1980. She feuded with Chigusa Nagayo and Lioness Asuka for the WWWA World Tag Team Titles, winning them once with Crane Yu and once with Bull Nakano. She and Nakano also had some matches in the WWF in 1986. In singles action, she won the AJW Title (as Kaoru Matsumoto) from Lioness Asuka in 1983. She defeated Chigusa Nagayo in the classic hair vs. hair match in August 1985. She was inducted into the Wrestling Observer in 1996.