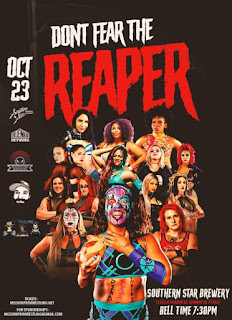 Sam Leterna is the play by play announcer.

Vipress beat Willow Nightingale by submission after Nightingale went for the Moonsault but missed.

J.P. Harlow beat Alex Arsenal by choke submission set up by a low blow in the men’s showcase match.

KiLynn King pinned JennaCide after a cutter. The crowd reacted in shock because JennaCide has been a dominating force in the company and it came off like an upset.

Jazmin Allure pinned MPW Champion La Rosa Negra to win the title after Robyn Renegade belt bashed Negra in the face while Charlette Renegade distracted the referee. Allure is the second ever MPW Champion. She was ungrateful to the twins even though they helped her win the title. She didn’t want them in the ring with her for the victory celebration so they left. Negra attacked and gave Allure a powerbomb off the ropes followed up by the frog splash. Holidead then came out to cash in the Battle Royal winning title shot.

Holidead pinned MPW Champion Jasmin Allure after the body buster in less than ten seconds to win the title. Holidead is the third MPW Champion.

11/20/21 is the next show called “Sea To Shining Sea” back at Southern Star Brewery with Thunder Rosa vs. Laynie Luck (managed by David LaGreca). Also announced for the show so far are MPW Champion Holidead, MPW Tag Team Champions The Renegade Twins, Zeda Zhang, Skye Blue, The W.O.A.D., and Ashley D’Amboise.

The Go Fund Me to aid Jamin Allure’s mother, who is undergoing breast cancer chemotherapy treatment, is still active until the end of the month. MPW has raised over $4,000 with a goal of $15,000. 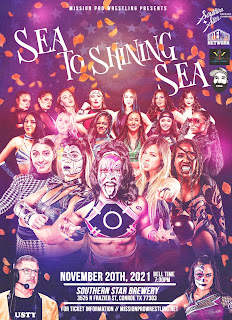