Scotty O’Shea Recovering From A Near Deadly Issue 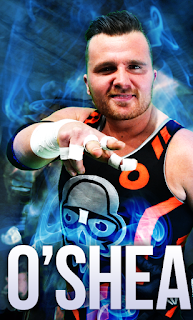 Canadian indie pro wrestler Scotty O’Shea is recovering from emergency brain surgery according to his wife who posted the news on social media.

O’ Shea was having multiple seizures in the early morning of 10/9/21. An ambulance was called and he was taken to a Ontario hospital where they discovered blood on the left side of his brain coming from a massive tumor.

He has been a regular on the Ontario indie scene for New School Wrestling, Alpha-1 Wrestling, and several others.

W.W.D. spoke to a pro wrestler this evening who has worked with O’Shea over the years. They wanted to remain nameless, but they asked us to please pass along a note. They wanted to tell all pro wrestlers to get their brains checked annually, even if they’re feeling good, so doctors can monitor for potential current and future problems in the brain.