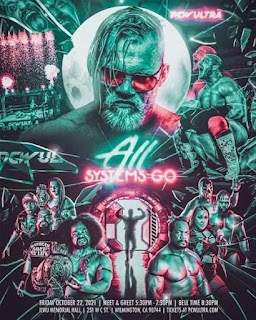 We didn’t get a full report but we are told that there are new champions coming out of the sold out PCW Ultra “All Systems Go” event on 10/22/21 in Wilmington, California.

They bring in a pro wrestling legend for each of their shows. The special guest for this one was Ron Simmons.