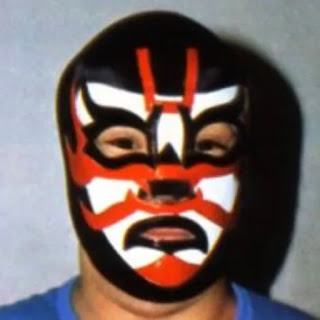 Hayato trained to become a pro wrestler in Mexico after being rejected in his home country of Japan because of his smaller size. He debuted in EMLL (now CMLL) in 1976 as Karate Hayato.

In the late 1970s, Hayato returned to Japan for IWE under the Lucha Libre mask. When IWE closed in 1981, he left Japan for Canada and was a regular for a little while in Stampede Wrestling. He competed for AJPW for a few months in 1984 before moving to UWFI where he finished his career in 1985. In his retirement match in April 1985, he and Super Tiger defeated Talvar Singh and Caswell Martin.

Despite his career only lasting less than ten years, he was a highly influential lucharesu (one who combines Lucha with Japanese strong style).