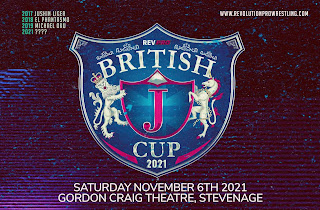 Will Ospreay, Kyle Fletcher, and Mark Davis beat Ricky Knight Jr., Chuck Mambo, and TK Cooper by getting the fall on Mambo.

Yota Tsuji vs. Gideon Grey with the stipulation of Tsuji joining Legion if Grey wins or Legion disbanding if Tsuji wins

The late Ryan Smile will be inducted into the REV Pro Hall of Fame as well on 11/21/21.