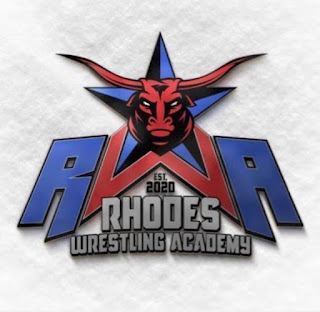 Dustin Rhodes and Ta-rel Rhodes opened the show in the ring. Dustin said members of the women roster will be the main event to decide the first Women’s Champion. There will be a Gauntlet Match and the winner will face Shawna Reed in the main event for the new championship. All of the women were shown in the ring and a referee brought over the title belt to Dustin to show the cameras.

Stew Myrick and Rebel are the broadcast team. Ta-rel Rhodes and Kristin Ditto are the ring announcers.

The Women’s Gauntlet Match is up next. Samsara vs. Manar start things off. Samsara pinned Manar by illegally using feet on the ropes. Jilaiya is out next. Jilaiya beat Samsara by submission with a Figure Eight. Nikki Rox enters the match. Jilaiya pinned Nikki Rox after a choke bomb to win the match.

Jamie Kilstein pinned El Rayo when Austin Acid interfered and hit El Rayo with a kendo stick as El Rayo was on the top rope ready to dive on Kilstien. Acid and El Rayo got into a brawl to the back afterwards. Dustin Rhodes ran up and separated them. Acid said he wanted a match on the show. Rhodes said he could face El Rayo in a Kendo Stick Match in the semi-main event.

James Holliday and Alex Ramsey beat Ali Ali and Slim VII when Ramsey pinned Ali by holding the tights after Holliday gave Ali cheap knee shot to the back from the apron while the referee wasn’t looking.

Paul Hubris won a 3-Way Match over RWA Champion Lucas Chase and Caine Carter by pinning Carter to win the title after hitting him in the head with the title belt. It was No Disqualification because of it being a 3-Way Match so Hubris used the title as a weapon right in front of the referee.

El Rayo pinned “Caustic” Austin Acid in the Kendo Stick Match after a swanton bomb with a kendo stick placed on Acid’s chest.

Shawna Reed pinned Jilaiya after a snap mare driver in the main event to become the inaugural RWA Women’s Champion.