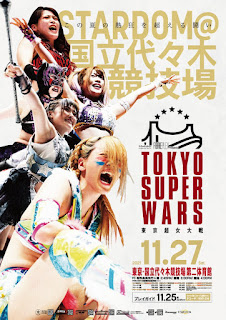 Future of Stardom Champion Ruaka won a 3-Way Match over Mai Sakurai and Waka Tsukiyama by pinning Sakurai after the Freezer Bomb in 4:50. After the match, the mystery masked person who first appeared on the previous pay-per-view came out again and attacked all three women with the sledgehammer. It looked like the person was going to finish up by giving Ruaka the worst of the punishment but Starlight Kid ran out and made the save. Ruaka settled down and got on the mic to cut a promo. Hanan then came out to be the next title challenger. The match will take place on the 12/29/21 show at Ryogoku Sumo Hall.

Mayu Iwatani, Hazuki, and Hanan beat Saki Kashima, Fukigen Death and Rina when Hazuki pinned Kashima after a brain buster in 8:48. After the match, Hazuki and Iwatani got the mic. There will be a unit tournament on the 12/18/21 Osaka show featuring members of STARS, Cosmic Angels, Donna Del Mondo, and talent from the Marvelous roster.

Saya Kamitani won a 3-Way #1 con. Match for a Wonder of STARDOM Title shot over Natsupoi and Himeka by pinning NatsuPoi in 7:52 just after NatsuPoi gave Himeka a German Suplex to take her out of the action.

Giulia joined the broadcast to do guest commentary.

High Speed Champion Starlight Kid pinned Koguma with the Kid Clutch in 8:33. Kid put one of her masks on Koguma after the match and mocked her with it. She got on the mic and gloated about her victory. AZM ran out and wants to be the next challenger. Koguma interrupted and wants a rematch. This set up a 3-Way High Speed Title Match for 12/29/21.

SWA Champion Syuri beat Konami in a UWF Rules Match (with the points deduction system) after hitting her with the Buzzsaw Kick for the knockout in 13:06. Syuri’s World Of STARDOM Title shot on 12/29/21 was also on the line in this match.

Wonder of STARDOM Champion Tam Nakano pinned Mina Shirakawa after crushing her with a Violet Screwdriver followed up by the Twilight Dream in 17:12. Shirakawa changed her look with dark hair and trippy intensity. She jumped Nakano at the started of the match and gave her a draping DDT. Nakano offfered a handshake afterwards. Shirakawa slapped Nakano’s hand of the way and then tackled her with a big hug with tears in their eyes. Saya Kamitani came out to be the next title challenger for 12/29/21.

World of STARDOM Utami Hayashishita pinned Maika after the BT Bomb in 23:43. Hayshishita shows respect to Maika after the match then called out Syuri to the ring. Syuri will challenge on 12/29/21. They had an intense handshake and then bowed to each other. The match will have no time limit. Syuri left the ring for Hayshishita to close the show. 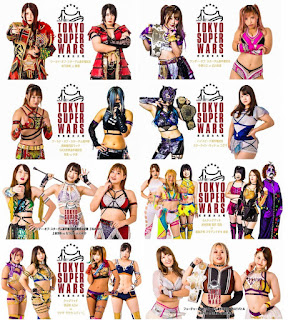