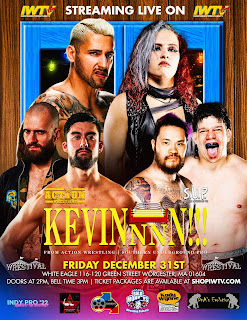 Austin Luke pinned Pete Youngblood after a cutter off the ropes.

Anthony Henry went to a no-contest Masha Slamovich when AC Mack ran in and attacked both of them with a chair. Mack cut a heel promo after demanding respect which gave enough time for Henry and Slamovich to recover and beat him up leading to the next match.

AC Mack pinned SLADE with an inside cradle after a low blow in a No Disqualification Match.