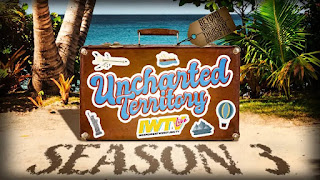 Paul Crockett and Sidney Bakabella are the broadcast team. Rich Palladino is the ring announcer.

Davienne beat Dave Cole by submission with a Boston Crab.

Teddy Goodz pinned Richard Holliday in a No DQ Match after slamming him into a pile of coffee beans in the ring.

B3CCA pinned Kennedi Copeland after a powerbomb. Alec Price was with B3CCA at ringside. He interfered then Copeland had enough him. She went after him with a baseball slide drop kick and that gave B3CCA time to recover and take advantage of the distraction.

Little Mean Kathleen pinned Cam Zagami after the Dudley Dawg. Zagami pinned LMK at first with a super kick but her foot was on the rope. Teddy Goodz was with LMK at ringside and showed the referee what happened. The referee was convinced enough to restart the match.

Ryan Galeone pinned VSK after a Jackknife PowerBomb. After the match, B3CCA came out to the ring and distracted Galeone so Alec Price could attack him. Price got on the mic and said he is the ace of Beyond Wrestling.