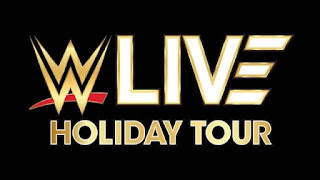 Drew McIntyre opened the show in the ring and reminisced about his memories of Tampa throughout his WWE career. The Usos came out to confront him and then they attacked him. Sheamus made the save. Sheamus asked McIntyre to team up together to challenge The Usos for the Smackdown Tag Team Titles. McIntyre agreed and he shook Sheamus’ hand and hugged him.

Xia Li pinned Shotzi Blackheart after a roundhouse kick. Shayna Baszler ran in back jumped Li after the match then tried to break her arm with the stomp. Li was able to move out of the way in time and she gave Baszler a super kick followed by a roundhouse kick to knock her out of the ring.

Smackdown Tag Team Champions Jimmy Uso and Jey Uso went to a no-contest with Sheamus and Drew McIntyre. Sheamus turned on McIntyre and gave him the Brogue Kick just as McIntyre was about to give The Usos a Claymore Kick. The Usos ended up walking out of the match to the locker room to allow Sheamus to attack McIntyre with a cane. This set up a Street Fight main event.

They showed WWE 24/7 Champion Dana Brooke backstage trying to survive Aliyah, Toni Storm, and Drew Gulak from going after the title. The action spilled over into the ring with the usual chasing after the 24/7 Title holder. Brooke managed to keep the title in the segment.

Cesaro and Ricochet won a 3-Way Tag Team Match over The Viking Raiders (Erik and Ivar), and Angel Garza and Humberto Carrillo when Ricochet pinned Carrillo.

SmackDown Women’s Champion Charlotte Flair pinned Sasha Banks after the Natural Selection. After the match, Flair offered Banks a handshake. Banks knew it was a heel tactic so she refused. Flair then tried to give her a clothesline but she ducked and gave Flair a back stabber. Banks then picked up the title belt and taunted Flair with it.

Drew McIntyre pinned Sheamus in a Street Fight after the Claymore Kick. Just before the finish, Ridge Holland interfered but McIntyre fought him off and powerslammed him into a table in the ring.