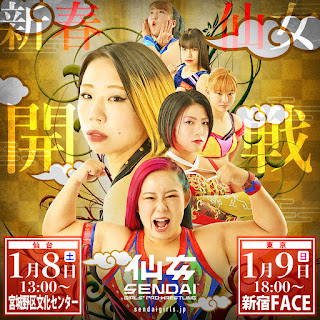 There was no card announced in advanced, just the roster names with one mystery person listed. The matches were put together by a lottery drawing.

Miyuki Takase pinned Yurika Oka after a brain buster. Takase was the mystery person revealed on the show.