Extras On Tonight’s Raw In Buffalo 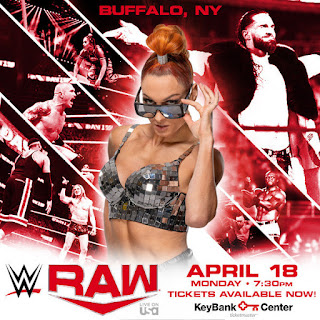 Jeff Brooks, who was Veer’s opponent tonight, is longtime Michigan regular James Gazso. He has had a few names since the start of his career in the early 2000s. He was known as Whiplash when he began. He’s been using the name James Alexander in Michigan indies for the last several years.

Kayla Sparks is backstage at Raw. It looks like she will be part of the wedding party in the weddings of Dana Brooke and Tamina still to come on the show.