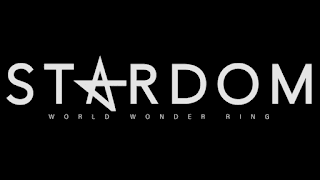 STARDOM opening day results of the Cinderella Tournament 2022 from Tachikawa, Japan 🇯🇵 at Stage Garden on 4/3/22 live on PIA pay-per-view:

Everyone in this year’s tournament was introduced on the stage. The company is touting this is the biggest field with 31 competitors. There will be a whopping 16 first round tournament matches on the card today with 10-minute time limits.

Unagi Sayaka pinned Hina in 6:27 after the swinging reverse STO.

Maika pinned Hanan in 4:37 with the Michinoku Driver II.

MIRAI beat Mina Shirakawa by over the top rope rule in 8:20.

Mayu Iwatani pinned Momo Kohgo in 5:48 with a Dragon Suplex.

NatsuPoi beat Starlight Kid by over the top rope rule in 5:54.

Utami Hayashita went to the 10-minute time limit draw with Tam Nakano. Both are eliminated because of the draw.

Saya Kamitani vs. Maika ended in a double elimination when the both went over the top rope in 6:34. This was a special 2nd Round Match on the card. Maika challenged Kamitani for the Wonder of STARDOM Title to take place on 5/5/22.

Himeka pinned Ruaka after a lariat in 6:02.

AZM pinned Momo Watanabe with the Azumi Sushi in 3:04.

Syuri beat Ami Sorei by submission in 9:48. Ami Sorei is the new name for Ami Miura in the company. After the match, Syuri said her newly formed unit is called God’s Eye. MIRAI came out as the newest member and joined her and Sorei.