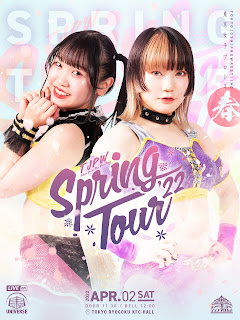 They opened with the contract signings for the title matches that will take place on 4/9/22 at Korakuen Hall. Princess Tag Team Champions Yuka Sakazaki and Mizuki vs. Suzume and Arisu Endo. Princess of Princess Champion Shoko Nakajima vs. Yuki Aino. 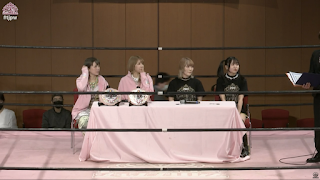 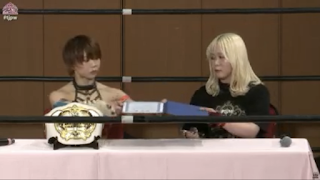 Hyper Misao won a 3-Way Match over Pom Harajuku and Yuki Kamifuku by pinning Harajuku with a La Magistral Cradle.

Rika Tatsumi pinned Marika Kobashi after the Missile Hip. Kobashi will “graduate” from TJPW on the 4/17 show which is back here at the hall. She previously said she is leaving the door open to possibly come back to pro wrestling in the future. She’s only 20. She’ll face Raku on 4/9. On the TJPW Inspiration event on 4/10, she’ll team with Abdullah Kobayashi in the main event against SAKI and Antonio Honda.